Why we need your Support

As members of the Jack Wikle Bonsai Legacy Fund Steering Committee, we would like to introduce you to the fund that has been created to provide for and celebrate the legacy of our dear friend Jack Wikle. Most of you

END_OF_DOCUMENT_TOKEN_TO_BE_REPLACED

Partnership with the LCF

END_OF_DOCUMENT_TOKEN_TO_BE_REPLACED 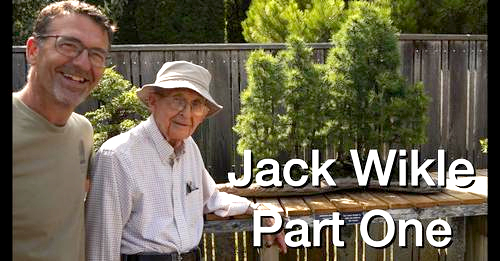 END_OF_DOCUMENT_TOKEN_TO_BE_REPLACED

I have known Jack since my early days in bonsai, having met chatted at conventions and learning seminars. He was easy to talk to and easy to like, but more than that, he had about a ten year head start on me in our bonsai journeys, and always had interesting and relevant information to share. Jack was wonderful to work with when he was serving as editor of the American Bonsai Society Journal and I was writing articles for it. With his horticultural background and in his easy manner, he ensured I could back up my statements by always asking gentle but pointed questions. Then in the mid-90’s, Jack and some other ABS friends convinced me to write my first book Basic Bonsai Design. Jack did the editing, and as usual, did a marvelous job, for which I will be forever grateful. Jack opened my eyes as to what is possible when I visited his home and saw dozens of small bonsai growing under fluorescent lights in his basement. It had never occurred to me that temperate species such as boxwood and cotoneaster could be grown that way. Jack not only broke new ground in growing bonsai under artificial light, but kept actively engaged with his trees year-round - in Michigan, no less! The Collection at Hidden Lake Gardens could not be a better tribute to someone who so well deserves recognition. The young and growing collection deserves our support not just as a tribute to Jack, but for the beauty it offers to all.